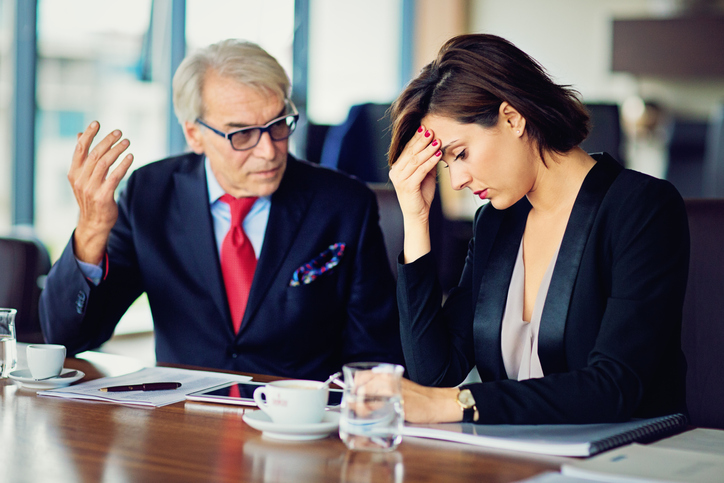 In recent years, the environment in which public companies operate has become increasingly complex for business owners, board members, and shareholders alike. Increased regulatory burdens have added to the costs and complexity of overseeing and managing a business and have created new challenges from operational, regulatory and compliance perspectives. Business leaders are being challenged on their capability to practice good corporate governance and steer clear of any potential disasters.

Corporate governance is a set of rules, practices, and processes used to direct and control a business and is essential to its sustainability and success. When the set of rules and processes which form the governance mechanism of a firm are ineffective or fail, it can have disastrous consequences for a business. While it’s unlikely to happen overnight, there are several warning signs businesses should look out for to avoid eventual disaster, some of these include:

In 2016, a detailed report was released by the Business, Innovation and Skills Committee (ISC) which highlighted the poor working conditions at the warehouses of retailer Sports Direct. Its CEO and majority shareholder, Mike Ashley was ruthlessly criticised in the report for not inspecting his warehouses regularly enough and having ‘extremely disturbing’ working conditions for his staff.

In the report, the company was accused of several failings, including paying its staff less than minimum wage and punishing employees for taking water breaks or time off for illness. In a particularly harrowing account, one worker allegedly gave birth in a toilet because she was too afraid to miss her shift.

It was claimed that some employees on zero-hour contracts were also forced to work unpaid overtime or risk being denied more hours in the future. There were even allegations of permanent contracts being offered in exchange for sexual favours.

The report concluded that the retailer should carry out a wide-reaching independent review of the entire corporate governance practices at the company. It called for Sports Direct to review its board oversight and effectiveness, acquisition strategy, and associated due diligence.

Sports Direct took a series of steps to address its problems. In its annual report, the business revealed that its staff are now able to give feedback online and flag issues of concern, workers at the retailer’s warehouse can now liaise with the management director in monthly meetings and a new health and wellbeing service for staff has been launched.

Some have argued that the top-down culture at Sports Direct was a major cause of these failings and had Mike Ashley not had a stake in the business, changes might have been implemented before reaching such a critical stage.

In September 2015, a paper dubbed the “diesel dupe” was released by the EPA (Environmental Protection Agency). The paper exposed that many models of Volkswagen cars, which were being sold in the United States, had a ‘defeat device’ installed which could detect when they were being tested. This device could change a car’s performance to improve its emissions results when being tested. Following the release of the EPA report, the German car giant has admitted to cheating on its emissions tests in the US.

Volkswagen had a heavy price to pay in damages as a result of the scandal, notably a staggering $18 billion fine from the EPA. Its share value dropped by 30 percent after the news broke, wiping out over $26 billion in shareholder value.

Volkswagen’s board was faced with a torrent of criticism. The leadership of the German car manufacturer was likened by Munich-based newspaper Süddeutsche to that of North Korea, with the publication expressing the view that Volkswagen’s “autocratic leadership style has long been out of date,” and that the organisation was missing “functioning corporate governance.”

Until a forced resignation in the Spring of 2015, its board was dominated by Ferdinand Piech, his wife, and long-time friends of the Piech family. Although many shareholders protested the lack of qualifications and independence on the board, they had little to no influence. Piech family members and friends owned over half the voting shares and voted in a bloc under a family agreement.

In 2018, Britain’s second-largest construction and outsourcing operation, Carillion went into liquidation, after banking on income from large contracts which proved much less lucrative than expected. After its contracts underperformed, its debt soared to £990m. The company needed a £300m cash injection, but the banks that lent Carillion money refused to put more money in. The government also refused to bail it out, leaving Carillion unable to continue trading and forcing its liquidation.

The liquidation had repercussions for all the organisation’s shareholders, its stakeholders who had lost their investment, the 43,000 employees whose jobs were threatened, and thousands of contractors whose terms of payment went unfulfilled. However, ultimate responsibility for Carillion’s failure lies with its directors, both individually and collectively.

As a result, its board’s practice of corporate governance was brought into question and its most frequent criticism was its failure to deliver. Carillion’s board was not prepared for its January 2018 debt rescheduling package being rejected by its bankers. Whether through arrogance or over-optimism, there was no contingency plan and this suggested a lack of urgency in the board’s decision-making.

There are tried and tested methods for raising cash in an emergency, from a rights issue or a debt/equity swap, to selling assets or recruiting a turnaround specialist. The board was working on rescue plans and paid KPMG £150,000 to prepare for a rights issue that never happened, but it was unable to transform those plans into actions to save the company. Ultimately, the Carillon board failed to deliver.